For those working for change, the world is divided into enemies, allies, neutral elements, and supporters. One of the most critical skills required in this respect is differentiating between enemies and friends; between dangerous enemies and relatively harmless enemies, and knowing how to deal with each one of them. In this tumultuous world, the enemy mostly appears in the garb of a benign sincere advisor or a loyal ally keen to safeguard our future. On the other hand, because of our doubts and indecision, we at times lose possible friends. Unfortunately, the compass of change often tends to swing towards the less dangerous enemy as we lose sight of more critical threats, only realizing after much damage has been done. The world today has become an extremely complicated and dangerous place where man’s spiritual and physical wellbeing is in constant danger. What is worse is that it becomes extremely difficult at times to clear the fog of confusion and know the truth? This indeed is an era defined by bewilderment and confusion.
It is possible for us to differentiate clearly between two types of enemies:
The Second Type of Enemy
The entities that have emerged after the fall of the Caliphate all function in one of three settings, each possessing its own set of enemies and allies. These three levels can be arranged in the following order: The local dimension… the regional dimension… the global dimension.
To explain this, let us take the Saudi regime as an example. Today, more than ever before, this regime is ripe for an overthrow. The ruling family (House of Saud) has committed much oppression over the decades, but lately things have crossed all limits with a reckless juvenile becoming crown prince. His first act on becoming crown prince was to offer the blood of forty of the best of the Ummah’s youth as a human sacrifice at the altar of Jews and Christians, a proof of his loyalty to them. This was followed by a crackdown on scholars and reformers and it did not spare even those who for years had totally sealed their lips on the injustice of the ruling family.
Public wealth- which belongs to the Ummah and not the ruling family- was used to affirm his loyalty to his masters. Billions were squandered away to support the American economy. The Americans on their part reciprocated this gesture by exposing the client regime in front of the world, effectively declaring it a banana republic that pays tribute to America in lieu of protection offered to the ruling family. Time and again, Trump humiliated the Saudis in the worst possible fashion, declaring in public that the Saudis ought to pay him more and whether they like it or not, they shall indeed pay more. On the domestic front, Salman bin Abdul Aziz’s assumption of the throne has led the family to lose its grip internally, expose its weakness and become a laughing stock for the world outside. The sheer madness of the initiatives taken by MBS and his father is demonstrated aptly by the appropriation of the wealth of princes and many of the businessmen who had supported the regime all along.
The most important development that has taken place is that the Saudi regime has definitely lost is its religious sanctity and legitimacy which had been used all along as a cover for strengthening the House of Saud’s grip on power and for depriving the people of their legitimate rights by institutionalizing gross inequality in the distribution of wealth. What is even worse is that the regime had over the years sedated and incapacitated the masses through effective use of its corrupt media, with regime apologists justifying anything and everything on TV screens. Today, the regime is using entertainment as a tool to make the masses immune to the crimes taking place around them, keeping the public busy so that they do not get the time to reflect on their condition or the responsibilities that it dictates.
The foolishness of the Saudi rulers can be gauged by the millions that are squandered away on New Year Night celebrations. This is taking place in an Ummah that is dying every single day of hunger, lack of provision and clothes. May Allah have mercy on Umar bin Abdul Aziz who gave priority to feeding the hungry over clothing the Kabbah- the most renowned symbol of Islam on the face of the earth. The situation reminds one of the wisdom of Abu Hurayrah (may Allah be pleased with him) when he remarked, ‘I seek refuge in Allah from ‘Imarat as Sibyan’ (juveniles assuming power).’ He was asked, ‘And what is Imarat as Sibyan’? He replied, ‘If you obey them, you will be destroyed; if you disobey them, they will destroy you.’
To order our thoughts correctly on the issue, we must address the issue of the opponents of change in the Land of the Two Sanctuaries (the Arabian Peninsula): 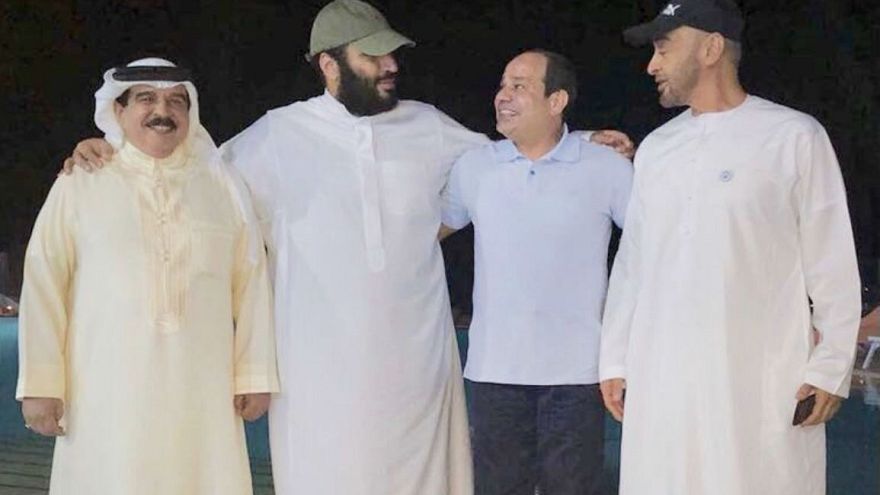 Researcher with an interest in history, strategy and geo-politics.